Luther: Why Should The Devil Have All The Good Music? 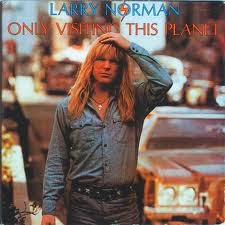 Did Martin Luther say, "Why should the Devil have all the good music?" Probably not.

It is certain though that CCM pioneer Larry Norman said it on his 1972 album, Only Visiting This Planet. I'm fairly fluent in Norman's music, and I can assert confidently that Mr. Norman appears to have known very little about Martin Luther. Every so often while performing Why Should The Devil Have All The Good Music, he would say, "I'm not knocking Martin Luther..." as representing standard Christian hymnnody. He would also poke jest at A Mighty Fortress Is Our God by saying something like, "What's a bulwark? I'm sure they don't fail but batteries aren't included."

I recently came across someone asking whether or not Luther said  "Why should the Devil have all the good music?" and I decided to do my own brief investigation. Ultimately it resulted in my purchase of Richard Friedenthal, Luther His Life and Times (New York: Harcourt Brace Jovanovich, 1967), because it was one of the only Luther biographies that dared to print it as a fact. The author states,


Luther's intentions were strict; he wanted to eliminate the profane songs entirely. How had it happened, he asked, that in the secular field there 'are so many fine poems and so many beautiful songs, while in the religious field we have such rotten, lifeless stuff?' What is undeniable is that he injected his own fire into the genre, wherever the tunes and words may have come from. 'The devil has no need of all the good tunes for himself,' he remarked, and took them away from him. (pp. 463-464)

The most complete review of the quote I came across can be found here: Luther and Bar Song: The Truth Please! The author states,


The second error is in believing that the statement “Why should the Devil have all the good music?” (as applied to Luther) has anything to do with pop music, or for that matter has anything to do with Luther. Pop music did not even exist in Luther’s time; it is a phenomenon of the twentieth century. Did secular music exist? Of course it did. There was music of the courts, music of the bards and troubadours, and folk/dance music of the common people. But this music was not mass produced with the intention of making vast amounts of money. The only association that the statement has with Christian pop music is that Larry Norman wrote a song by that very title as part of the “Jesus movement that gave birth to CCM. Norman and others used this song as a means of championing their music within the Christian church and quite successfully managed to build a commercial Christian rock empire.


The third error has to do with the statement’s attribution. The confusion is understandable. Schweitzer wrote, “Believing, as he said, that ‘the devil does not need all the good tunes for himself’ Luther formed his Christmas hymn Vom Himmel hoch da komm ich her out of the melody of the riddle-song Ich komm aus fremden Landen her.” While Schweitzer is correct about the melody, there is no evidence that Luther made the statement about tunes and the Devil. In the January 1997 issue of Concordia Theological Journal, James L. Brauer offered a $25 reward to any Luther scholar who could find the quote in Luther’s works. No one met the challenge. Apparently, William Booth, founder of The Salvation Army, said something similar as quoted in Helen Hosier’s biography: “‘Why should the devil have all the best tunes?’William replied when chided for appropriating music of popular tunes for his hymns.” Is it possible that Booth was quoting the Rev. Rowland Hill (1744–1833), the famous London pastor and evangelist, who said, “The Devil should not have all the best tunes”? Hill was concerned over the lamentable quality of music in his church (Surrey Chapel, built for him in 1783), and he wanted do something about it. So Hill wrote hymns and compiled and published five collections of psalms and hymns, three of which were specifically for children and schools. In spite of such readily available documentation, the statement has been misattributed to Luther as well as to both Wesley brothers, Isaac Watts, and even D. L. Moody.