A Roman Catholic Look at Causes of the Reformation #1 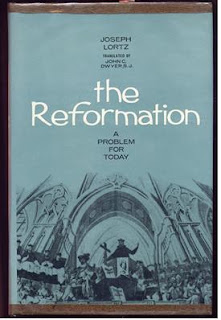 This was an experience shared by the entire West — one which would leave its imprint in Western consciousness for a long time to come. The memory of this experience was still fresh a century later. It is not too difficult to see the effects of the Western Schism in preparing the way for the doctrines of the Reformation. When Luther asserted that the pope of Rome was not the true successor of Saint Peter and that the Church could do without the Papacy, in his mind and in their essence these were new doctrines, but the distinctive element in them was not new and thus they struck a sympathetic resonance in the minds of many. Long before the Reformation itself, the unity of the Christian Church in the West had been severely undermined (pp. 35-37).
Posted by James Swan at 12:00 AM

Would he be subject to ad hominem attacks by conservative Catholics?