Who Was Patrick O'Hare, Author of The Facts About Luther?

If you're at all familiar with Catholic argumentation against Luther, you've probably heard about his book, The Facts About Luther. It was his book that introduced me to the Roman Catholic understanding of Luther. As far as I can tell, the book isn't as popular as it once was. It was not uncommon to read Roman Catholic articles or books in which obscure Luther quotes were cited and referenced to O'Hare's book. I would speculate that other sources made available free on the Internet have made this book not as popular as it once was. I would suggest also some Roman Catholics realized that citing The Facts About Luther left them open to serious criticism.

Here's an interesting tidbit Carrie sent me some time back. It's an article from the New York Times, December 11, 1900.One can glean from the article why Father O'Hare went on only a few years later to write his book against Luther.

Here's a picture of Father O'Hare's church, which isn't all that far from me. I'm tempted to go visit sometime, and see if they have any information on him. Here's his church as it would've looked in 1907. He appears to have been quite popular. This article also from the New York Times from 1897 is on the celebration commemorating his 25 years as a priest. The celebration was mobbed, and 8000 people were estimated to have been left standing outside the church. He took charge of this church in 1883 (84?). He appears to have made himself somewhat popular (or rather, unpopular!) in his cause for temperance. This old article provides some interesting background on Father O'Hare:

"Rev. Patrick F. O'Hare was born near Newry, County Down, Ireland, on February 17, 1848. When four years of age his parents emigrated to this country and settled in St. James', Brooklyn. His early studies were made under the Christian Brothers in New York. In September, 1862, he entered St. Francis Xavier's College, New York, from which he was graduated with honor in 1868, and was accepted by Bishop Loughlin for service in the Diocese of Brooklyn. He made his ecclesiastical studies at St. Mary's Seminary, Baltimore, was ordained in St. James' pro-Cathedral by Bishop Loughlin, on March 19, 1872, and was appointed to the pro-Cathedral, where he remained for seven years. While here he attended the Catholic sailors and marines at the Navy Yard, the House of the Good Shepherd (East New York) and the Visitation Convent at Parkville. When the new cathedral chapel was opened at the corner of Clermont and Greene Avenues, on July 12, 1879, Father O'Hare was appointed its rector.

Father O'Hare found the parish of St. Anthony overwhelmed with debt and almost in the hands of the sheriff. He rescued it, and in a few years made it one of the most prosperous parishes in the diocese. He was always opposed to contracting debts. His first work, therefore, was to cut down the existing debt, but while doing so, he demolished the church on India Street and built a school to accommodate 800 children. The church needed repairs and they were made. The people were poor, but they responded more than generously to their new pastor's appeals."

"Monsignor O'Hare is a man of strong convictions as evinced in his unrelenting war upon the illicit liquor traffic, upon intemperance and the desecration of the Sabbath day. He is assisted by Revs. Francis J. Dillon, Michael S. Lopez, Philip Brady and Edward A. Wallace. The schools are in charge of 6 Franciscan Brothers and 17 lay teachers, with an attendance of 950 boys, and 12 Sisters of St. Joseph and 6 lay teachers with 817 girls. There are 600 public school children in the Sunday- school. The parish numbers about 12,000, and the church property is valued at over $500,000."

Despite the accomplishments of Father O'Hare, his ability to read history was flawed. Father O’Hare presents a Luther who is not only mad, but morally depraved and corrupt. He asserts that Luther in the Wartburg was in close touch with Satan. Luther lived indecently, decried celibacy and virginity, sanctioned adultery, dishonored marriage, authorized prostitution and polygamy, and was a drunkard and frequenter of taverns who preached his theology in the fumes of alcohol in the midst of his fellow revolutionaries. He attributes to Luther a fickle and cunning character, an inordinate impudence, an unbridled presumption, a titanic pride, a despotic nature, and a spirit of blasphemy; Luther was a blasphemer, a libertine, a revolutionary, a hater of religious vows, a disgrace to the religious calling, an enemy of domestic felicity, the father of divorce, the advocate of polygamy, and the propagator of immorality and open licentiousness. To read a more in-depth examination of The Facts About Luther, click here. 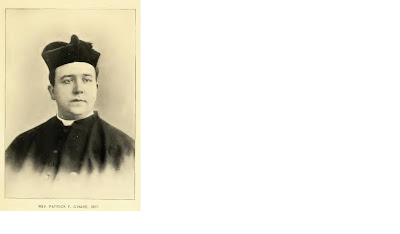 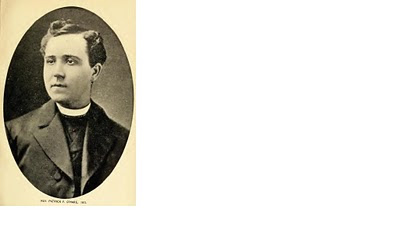