The Return of Mr X 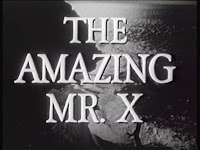 Probably the most dangerous thing that goes with it is a curious sort of idolatry that can arise. The other day, for example, I got a letter from somebody which read, in part:

Recently I came across a protestant web site of a Mr. X. He is extremely well educated regarding the writings of Martin Luther. He has convincingly shown how our Catholic Apologists have taken quotes of Martin Luther out of context to try to show that he was a nutcase. It has really opened my eyes and it has got me wondering where else our Catholic Apologists have erred. Today on his blog, he posted an article which refutes your assertion that St Jerome, before he died, accepted the apocrypha as canonical. I am posting it below to give you a chance to respond. I hope you can. This blog site has deeply disturbed me because Mr. X has shown many times where the Catholic Apologists that I have come to admire and learn from have been making serious errors in scholarship resulting in faulty conclusions. I have written Robert Sungenis, Scott Hahn, Art Sippo et al to visit this blog and form some refutations if possible. I do not know if they have done so and it is really bugging me. Would you please take a look at Mr. X’s blog because Catholic Apologists will be hearing from this guy soon and you had better be ready for him.

A number of things concern me about this note. But the first and foremost is that somebody’s faith could be disturbed by the fact that a Catholic apologist has erred. Sadly, it’s not the first time I’ve encountered the tendency to anoint me or some other apologist as a sort of Alternative Magisterium to the real Magisterium by a “fan base” that is somewhere between a school of disciples and a cheer squad. Indeed, I have found that, in an era where laity have been taught to mistrust their bishops–not only by the media and the culture, but by the shocking incompetence and perfidy of the bishops in the abuse scandal–it’s very easy for laity to hive off and anoint new ersatz Magisteria in the form of whatever faction they happen to fancy. For some, the New Magisterium is the advocates for women priests. For others, it’s Catholics for a Free Choice. For still others, it’s whatever Richard McBrien says is the consensus of Thinking Catholics in the Academy. For some, it’s Dan Brown.

I checked in with Mr X about Mark Shea's comments. The letter he quotes must've been written some time back. He also reminded me of the blog entry, "Luther: The Assumption was a Settled Fact?". Mr Shea has argued Luther believed in the Assumption of Mary because Luther's burial vault had a particular sculpture of Mary on it. But the sculpture is actually for another tomb, not Luther's.
Posted by James Swan at 6:15 AM

Be sure to check out Art Sippo's comment at the bottom of Shea's article.

An excerpt from Art (don't miss the full comment):

"Mr. Swan is not an honest man, but a glib con-artist whose sole goal is to defame those who raise serious objections about the Deformers while refusing to face the truth about them.

I am always very happy to dispel the nonsense that anti-Catholics like Mr. Swan try to foist on an unsuspecting public. If anyone wishes to discuss the matter, they can interact with me on my blog."

Sadly, it’s not the first time I’ve encountered the tendency to anoint me or some other apologist as a sort of Alternative Magisterium to the real Magisterium by a “fan base” that is somewhere between a school of disciples and a cheer squad.

Given that the Magisterium almost never does any interaction with anyone or seems to care about such things, small wonder.
Seems comparable to the tendency to give such intense veneration to Mary and the saints in the face of the far-off Christ of Romanism.