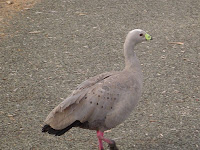 While digging around in my own library, I came across yet another version of the Luther quote I've been looking for:

"If the world is to last much longer, I do declare, considering all these different interpretations of the scripture, there is no other means remaining for us to preserve the unity of faith, than that of receiving the decrees of the councils and taking refuge under their authority." [Luther against Zwinglius and Oecolampadius]

This version of the quote comes from J.F.M. Trevern, An Amicable Discussion of the Church of England and on the Reformation in General (Baltimore: Lucas Brothers, 1856], p. 96.

Trevern's book was (you guessed it), a book of Catholic apologetics. Last time I checked a few months back, it was not yet on Google Books.

I now have a growing collection of this quote:

"If the world last long, said Luther once by good hap (Contr. Zwin. et. Oecol)”, “it will be again necessary, on account of the different interpretations of Scripture which now exist, that to preserve the unity of the faith we should receive the Councils and decrees and fly to them for refuge." [St. Francis de Sales'(1567-1622) Catholic Controversy]

"If the world lasts for a long time, it will again be necessary, on account of the many interpretations which are now given to the Scriptures, to receive the decrees of councils, and take refuge in them, in order to preserve the unity of faith." Epis. ad. Zwingli (ap. Balmes, p. 423)"

"If the world lasts much longer, men will, as the ancients did, once more turn to human schemes on account of this dissension, and again issue laws and regulations to keep the people in the unity of the faith." [LW 37- "THAT THESE WORDS OF CHRIST, “THIS IS MY BODY,” ETC., STILL STAND FIRM AGAINST THE FANATICS]

"Luther contra Zuinglium et Oecolampadium, 1. i. "If the world is to last much longer, I do declare, considering all these different interpretations of the Scriptures, that there is no other means remaining for us to preserve the unity of the faith, than that of receiving the decrees of the Council, and taking refuge under her authority." [source]

Here one can find the quote in Latin, documented as "De Veritate Corporis Christi Contra Zwinglium." Here is the quote via de Sales.

As I continue to do the work that my Catholic apologist friends should be doing, I think what I'm eventually going to find is that the quote as I've cited it from LW 37 is a translation from the German original, whereas the quote, as it is being used by the Catholic apologists is from a Latin source. That is, somewhere along the way, the treatise in LW 37, originally written in German, was subsequently translated into Latin. This is only a hypothesis [update: quite possibly, a Latin translation was made, entitled, "Contra Fanaticos Sacramentariorum Spiritus."

I think it's safe to say, a letter from Luther to Zwingli, as Steve Ray claims, is not the source for this quote. I think it's also safe to say, the book by Jaime Luciano Balmes cited by Mr. Ray, has an ambiguous use of the quote in which a reader, not careful, would assume Balmes quoted a letter from Luther to Zwingli. Balmes' documentation is also more vague than helpful, though many books from previous centuries were similar.

By the way, here is a sample of Luther's actual handwriting of "THAT THESE WORDS OF CHRIST, “THIS IS MY BODY,” ETC., STILL STAND FIRM AGAINST THE FANATICS"
Posted by James Swan at 6:27 AM

My offer still stands. If for some reason you cannot get a translation of the German original, just let me know.

In Christ and His Bride,
Frank

I do not want to nit-pick, but at a minimum, citations of copyrighted material should include the page numbers of the work cited; and I do believe that the Luther’s Works series is still in copyright status.

Had I known the chase would continue I would have sent you the pic of a swan chasing a goose. If I can find it again I'll pass it on.

Is there any reason you believe that Luther wrote this in German? If there are two versions, it would go a long way towards explaining the differences in vocabulary.

My offer still stands. If for some reason you cannot get a translation of the German original, just let me know.

Thanks- I will keep you in mind. In this case, I am more interested in finding the translations from the German.

Is there any reason you believe that Luther wrote this in German? If there are two versions, it would go a long way towards explaining the differences in vocabulary.

If I recall, LW 37 states this treatise was originally in German. Many of Luther's writings were subsequently translated into different languages. I plan on doing some research in January on this.