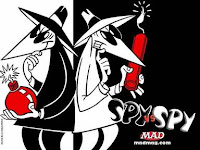 "If the world lasts for a long time, it will again be necessary, on account of the many interpretations which are now given to the Scriptures, to receive the decrees of councils, and take refuge in them, in order to preserve the unity of faith."

My little research project into this quote, which began with looking at citations of it from Catholic apologist Steve Ray, has shifted (not by my choice or any charges to "debate") to interaction with DA. I would have found it more interesting to dialog with Steve Ray, but DA has thrust himself into it, first by posting blog entries attacking me personally, and now by his attempts at research. DA, though vowing not to interact with me anymore, has continued reading this blog, and also now is claiming actual research. The "actual research" part does interest me, and I intend on evaluating it as he post it.

One of his fans asks the following question: "Could mr swan be using your comments section for his research?" DA answers, "Possibly, but if so, he'll spin it with him being the one to always find everything, and me lagging behind and learning from his pearls of great wisdom. He's done this for years. It is one of the things that makes him extremely obnoxious." I just wanted to state publicly, I have not used any of DA's blog entries or comments in researching this quote.

DA goes on to say,

"What we do see for sure is a slowly changing perspective in his posts. First he made a big deal out of Steve's use and source of the quotation. Then he stated that he was more interested in the context and various translations of the quote. Now I think he is (very subtly in public) preparing himself for the possibility of being decisively refuted and embarrassed by our findings, which will be published within a few days, if all goes well in obtaining what we are looking for. We've already found some information that is quite damning to what Swan has been chirping about for five weeks now, and that is only part of it. Stay tuned."

Indeed, there has been a change in the way I have been writing on this. One may notice, I have not written very much on Steve Ray lately. This for two reasons: first, I wrote a response to Steve's recent PDF article, so there isn't any point to write the same thing over and over. Second, Steve has mentioned he will be researching this further, so when he does, then we can have something to discuss. So, I've continued researching the quote. It is a normal progression! Why DA reads more into this is...well, I leave it to someone else to figure out.

DA caricatures my interest in this as something like first goes get Steve Ray, and then go get a context. This is simply untrue. My initial posting on this quote contained what I believed to be the context and source for this quote. I was interested in context from the beginning, and I've actually been interested in the context of this quote for a long time. I've mentioned it on my blog before, months ago. The quote actually entered back into my world when Carrie wrote me and asked me about this quote (simply visit her blog, you'll note I posted on it in a com-box, I think, last month or the month before). I reviewed my notes on it, and then started researching it again, and was reminded of Steve Ray's usage of it.

DA then states I am "(very subtly in public) preparing... for the possibility of being decisively refuted and embarrassed by our findings." Well, this is news to me. Sure, I guess if DA produces a letter from Luther to Zwingli with a context that says something like:

"Hey Zwingli, I just can't figure out which one of us is right on this Lord's Supper thing. You know what we need? We need a council of the Roman Catholic Church to decide on this for us. The Scriptures just aren't clear enough for either of us to figure out with any certainty. I hate the fact that we need this, but we'll never be able to sing 'kum Bay Ya' together without it. Sincerely, Martin Luther."

Let me state publicly, that if DA produces a letter from Luther to Zwingli stating that Sola Scriptura doesn't work and the Reformers would again have to take refuge in the Church councils in order to preserve the unity of faith on account of the many interpretations that were given to the Scriptures, I will apologize to Mr. Ray.

If DA "information that is quite damning" is simply noting that a Latin translation of a German text, then rendered into English produces the end result of the quote in question, well, this isn't the type of conclusion that should make make everyone jump up and down with glee. Of course this happens. I've been through enough of the different translations to grip this, as anyone with even a tiny interest in researching these type of quotes understands. In other words, DA would be simply proving something that is fairly obvious. This of course, does not alleviate the responsibility of those quoting Luther to actually read Luther first. If a Latin translation of That These Words Of Christ, “This Is My Body,” etc., Still Stand Firm Against The Fanatics is produced, it still comes with a context! Note particularly, Hartmann Grisar, a man who was not a research slouch, consulted the German source and still missed Luther's point (see my earlier blog entries on this).

Let me speculate on one other possible outcome to all this. It occurred to me, the English version translated from the German in LW 37 could be faulty. That is, the translator deliberately mis-translated Luther in order to make him say something he did not intend to say. If DA produces this evidence, well then, the editors of Luther's Works and Concordia have a big problem on their hands.

Anyway, I'm interested in DA;s findings, as he has promised it will be "quite damning." Sure, I'll be embarrassed if I'm completely wrong on this (as outlined above). But I hope DA actually does produce what he says he has. If he provides 10 to 20 pages (or more) of material proving a Latin translation of a German text produced a quote easily misconstrued, well... it won't be me who is embarrassed.
Posted by James Swan at 1:50 AM