Luther: If the world lasts for a long time, it will again be necessary, on account of the many interpretations which are now given to the Scriptures.. 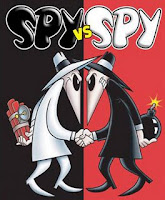 I've come across a lot of comments about the recent Luther's letter to Zwingli research I've been doing. In all my time on the Internet, I have never been so attacked by Roman Catholics than in this particular instance. I've deleted comments off this blog, I've read blog articles that obfuscate the issues I raised (along with insults and rhetoric), I've read discussion threads, etc... all testifying to how awful I am for questioning this, how I'm allegedly this person who doesn't live up to my own standards, how much of an idiot I am, etc. When I read all of it, it leads to one conclusion, no one in Catholic apologetics seems to have any idea where Luther said what he is quoted as saying, and no one has any idea where to find the context. To admit I'm right as to the context is too humiliating: to think Catholic apologetics has misquoted Luther for a long time can't be correct. 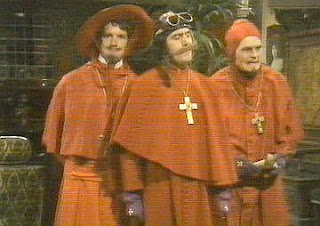 I'm simply going "deep into history" as they suggest. One would think, they would be cheering me on, looking for an opportunity to substantiate historical claims made by their apologists and defenders. So far, the only help came from a guy saying he was going to locate a French book with a reference in French to a letter from Luther to Zwingli. This turned out to be bogus. It wasn't a letter, but most likely a treatise, as I've suggested. The excuse, "We don't have to provide documentation because we trust so and so..." ...is just.... well, not easy to harmonize with "To be deep in history is to cease being Protestant." Do we just accept historical "facts" because some earlier Catholic apologist says so? Does the Donation of Constantine ring any bells?

Well, if you've kept up with my blog entries, The claim is that Luther wrote a letter to Zwingli. Yet, I've been through probably a few hundred books at this point, and haven't found one letter from Luther to Zwingli. In other variations of the "quote" as used by Catholic apologists, it's fairly obvious the quote is from a treatise directed toward Zwingli, not a letter. I 've pointed out there are only three such writings directed specifically toward Zwingli from Luther. Guess which one has the "quote"? The treatise I referred to in my aomin entry, "When Footnotes Attack." I will be writing more on this quote shortly.

If Roman Catholics would like to "resolve" this situation, they can produce a letter from Luther to Zwingli, rather than saying things like this:

“Martin Luther even conceded in a letter to Heinrich Zwingli, that reformers would again have to take refuge in the Holy Catholic Church's councils, in order to preserve the unity of faith. Why? On account of the many interpretations that were given to the Scriptures by those who had seperated from Mother Church. Satan was dividing and dividing and on and on till about 27,0000 denominations are active today. Each saying, "My way is right, not his!"”

Source: From Protestant Pentecostal to Catholic

"Yet even Luther began to realize how divisive his own sola scriptura theology was. In his Letter against Zwingli, Luther wrote "If the world lasts long it will be again necessary on account of the different interpretations of Scripture which now exist that to preserve the unity of faith we should receive the councils and decrees and fly to them for refuge."

55. Was Luther responsible for the private judgment theory?. Yes. It was inaugurated by him and shortly after, when he saw the numerous sects growing and multiplying, he said in his Epis. ad. Zwingli (ap. Balmes, p. 423), "If the world lasts for a long time, it will again be necessary, on account of the many interpretations which are now given to the Scriptures, to receive the decrees of councils, and take refuge in them, in order to preserve the unity of faith."

After Luther unleashed his private judgment theory, he saw the dangers of it as numerous sects began growing and multiplying. He said in his Epis. ad. Zwingli (ap. Balmes, p. 423), "If the world lasts for a long time, it will again be necessary, on account of the many interpretations which are now given to the Scriptures, to receive the decrees of councils, and take refuge in them, in order to preserve the unity of faith."