Perspectives on Luther: Did Luther Veer Toward Rebellion and the Destruction of the Church? 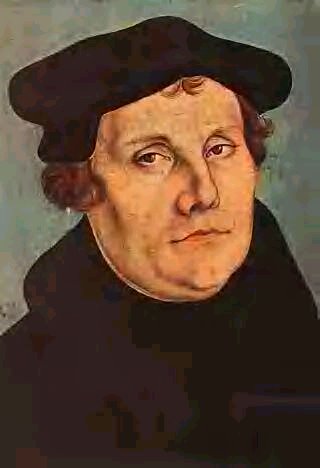 
Previously I looked at these topics:

“However, you need to keep in mind also that the religious revolt in Germany was as much political as religious. Regarding his motives, in my opinion, Luther proved his stripes because he veered so quickly toward rebellion and destruction of the Church rather than internal reform.”

Actually, Rome "proved their stripes." A simple look at the facts shows that Rome was unwilling to be corrected from the Bible, and thus plunged Western culture into a situation in which the paradigm of church/state would (fortunately) need to be reevaluated.

The Pope received the report of Luther’s 95 theses from Archbishop Albert of Mainz (who was quite fond of the revenue collected from the indulgence, and quite upset by diminishing revenue from them due to Luther’s Theses). The Pope thought Luther’s theses to be trivial, and told Albert to keep him quiet.

The Dominicans immediately thought of Luther as a heretic, and they realized quickly that the only way to prove the truth of the indulgence was to prove that Luther was a heretic because he questioned and assailed Papal power.

Luther did appear before (Dominican) Cardinal Cajetan October 12-14, 1518. Let it not be forgotten that Cajetan was given the case of Luther by the Pope. Cajetan was unwilling to discuss the Indulgence with Luther. He simply wanted Luther to admit the Pope’s authority and his own rebellion against him. Luther was ordered to retract or suffer the consequences.

The Cardinal was well versed in Roman Catholic doctrine, and realized quickly the dilemma the Pope had: there was no adequate foundation to condemn Luther as a heretic. Why? there was not an official teaching on indulgences when Luther posted the 95 Theses. There was no official doctrine as to the effect of the indulgence upon Purgatory. So Cajetan knew that in order to put Luther down as a heretic, he must first be declared one according to some sort of doctrinal standard. Cajetan quickly drafted a declaration of dogma on the subject of indulgences. Pope Leo X found this to be a good idea. Thus came the decretal Cum postquam. The dogma of indulgences was defined as Cajetan outlined them. The Pope also threatened any of his representatives that may have held a divergent view on the subject.

On October 28, 1518 Luther asked for a General Council of the Christian Church to resolve the matter. None came, though Luther penned the letter to the Pope, submissive in tone to the Pope, but retracting nothing about the indulgence controversy. He was forced into the corner by Rome to either admit the Pope was wrong, or vow allegiance to his divine right.

Had Luther not been protected by Frederick the Wise of Saxony, he would have been burnt or hanged by Rome. Because the Papacy would not even discuss indulgences, but rather sought to prove him a heretic denying Papal power, he was declared an outlaw. At Worms, the argument was:

Rome: Are these your books?
Luther: Yes.
Rome: Will you recant?
Luther: No.
Rome: Then get out!

(The above dialog courtesy of Owen Chadwick)

It was the Roman Catholic Church who went out of their way to destroy the church, not Luther. They went as far as they could to not address the initial situation. Hey, if my source of income was going to be challenged, I’d probably fight it too. It's sinful human nature.
Posted by James Swan at 6:10 AM

This is perhaps one of the strangest attacks on Luther I see from Roman Catholics, simply because it's so incredibly ignorant of history. Growing up in the Catholic school system, I only ever heard the "Luther was a good man who made some mistakes but didn't want to leave the Church" attitude. Even experienced apologists never pull out the "Luther was just a rebel all along" line.

This is one of the reasons I enjoy studying Catholic attitudes toward Luther. You never know what you're going to hear!