Luther's Opinion of the Book of Judith 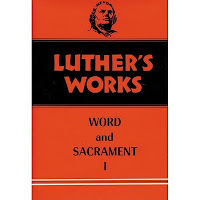 I know why Martin Luther removed the book of Macabees because of its support for praying for the dead, but I'm trying to find something that explains the reasons he took out the other 6 books in the OT. Does anyone know his reasons????

This information really isn't all the hard to track down. I realize most of us have recently grown accustomed to having primary source material seconds away via a Google search. Sometimes though, you may actually have to venture out and buy a book or go to a library (imagine that). If you search around the Internet a bit, you could actually find helpful information like this:

[Luther's] judgment on the different Books [of the Bible] is given in detail in his Prefaces. These are so full of life, and so characteristic of the man, that they can never lose their interest; and as a whole they form an important chapter of the history of the Bible. It will be sufficient to quote fragments from his remarks on the controverted books of His judgment the Old and New Testaments. 'If the truth of the history of Judith, ' he says, ' could be established by satisfactory evidence, it would be a noble and beautiful book, which might well find a place in the Bible...As it is there are errors and doubts both as to dates and names which I cannot in any way clear up. [But if we look at it as a Divine Allegory] it is a beautiful, good, holy, profitable book, which we Christians shall do well to read. For we must so understand it, as if a spiritual, holy poet or prophet spoke by the Holy Ghost, who presents such characters [as the book describes] and through them preaches to us.'

Luther's Works volume 35 contains Luther's Prefaces to the Apocrypha. The above description of Luther's attitude toward Judith is accurate, though greatly condensed. His comments date from 1534. Luther begins,

If one could prove from established and reliable histories that the events in Judith really happened, it would be a noble and fine book, and should properly be in the Bible. Yet it hardly squares with the historical accounts of the Holy Scriptures, especially Jeremiah and Ezra. For these show how Jerusalem and the whole country were destroyed, and were thereafter laboriously rebuilt during the time of the monarchy of the Persians who occupied the land. [LW 35:337]

He then goes on to provide evidence to support this statement:

Against this the first chapter of Judith﻿3﻿ claims that King Nebuchadnezzar of Babylon was the first one to set about conquering this territory; it creates the impression that these events took place before the captivity of the Jews, and before the rise of the Persian monarchy. Philo, on the contrary, says that they happened after the release and return of the Jews from Babylon under King Ahasuerus,﻿ at which time the Jews had rebuilt neither the temple nor Jerusalem, and had no government. Thus as to both time and name, error and doubt are still present, so that I cannot reconcile [the accounts] at all. [LW 35:337]﻿

Luther then describes attempts to understand Judith as an allegory, and he himself is keen on such an approach:

Such an interpretation strikes my fancy, and I think that the poet deliberately and painstakingly inserted the errors of time and name in order to remind the reader that the book should be taken and understood as that kind of a sacred, religious, composition.[LW 35:338]

It may even be that in those days they dramatized literature like this, Just as among us the Passion and other sacred stories are performed. In a common presentation or play they conceivably wanted to teach their people and youth to trust God, to be righteous, and to hope in God for all help and comfort, in every need, against all enemies, etc. [LW 35:338]

Therefore this is a fine, good, holy, useful book, well worth reading by us Christians. For the words spoken by the persons in it should be understood as though they were uttered in the Holy Spirit by a spiritual, holy poet or prophet who, in presenting such persons in his play, preaches to us through them. Next after Judith, therefore,﻿﻿ like a song following a play, belongs the Wisdom of Philo,﻿ a work which denounces tyrants and praises the help which God bestows on his people. The song [that follows] may well be called an illustration of this book [of Judith].[LW 35:338]

Elsewhere Luther calls Judith a beautiful religious fiction [LW 35:353]. One can find examples of Luther quoting from Judith throughout his writings, most often in a positive way. Despite his positive attitude though toward Judith, he did still classify it as Apocrypha. When Luther says "the words spoken by the persons in it should be understood as though they were uttered in the Holy Spirit by a spiritual, holy poet or prophet who, in presenting such persons in his play, preaches to us through them"- I don't think this should be understood to mean divine canonical revelation, but rather as something similar to a well-preached sermon.

I think it should be obvious that Luther's opinion of the Apocrypha isn't as is often portrayed by Roman Catholics. Consider this statement from Roman Catholic apologist Jimmy Akin: "The deuterocanonicals teach Catholic doctrine, and for this reason they were taken out of the Old Testament by Martin Luther and placed in an appendix without page numbers" [source].
Posted by James Swan at 9:52 AM

Labels: Judith, Luther and the Canon

Came across this and thought it should be put here:

The Catholic New Jerusalem Bible even says in Intro "The book of Judith in particular shows a bland indifference to history and geography."

· Mordecai taken by Nebuchadnezzar (617 BC.)

· Haman was an Agagite, not Macedonian. -add Esth.

· The Babylonians did not worship and feed a living dinosaur-like creature. (additions to Daniel 14:23-27)