My Condolences for the Champion of Catholicism

[source] Robert Sungenis gives Matthew Bellisario the bad news.... I feel kinda bad for him, and have considered sending him an E-Card expressing my condolences...all that time he spent on this blog, only to have it mean....nothing. Or, he could write a few more Catholic apologists. Perhaps he'll find someone that will say what he wants. Anything is possible with Roman Catholicism. By the way, if anyone can tell me why the response from Sungenis ended with, "God be with you, James," I'd be much obliged. I didn't sift through the Sungenis blog to determine if Robert has a blogging team including someone named "James," or if he made a mistake calling Matthew "James," or if he was asking God to be with either myself or Dr. White.

HI Robert, I've been reading your latest commentary on Romans and James and I am enjoying the wealth of information you have provided in it. Lately in my apologetics works I have been dealing with the likes of James White and James Swan. They seem to think that if something has not been, "officially" declared "infallible" then a Catholic does not have to believe it. For example they excuse Luther's attack on the Sacred Scriptures by saying that it was perfectly OK since the Church did not declare the canon infallibly by then. It is my understanding that the Church universally held the canon since around 405, although she never closed it officially until Trent. It is my understanding that those in the Church would have had to adhere to these universal consistent teachings whether they were declared or not. Where can I find more information on doctrine, dogma and infallibility? It seems that these people want a list of everything that is infallible, which is quite absurd. Also, why was the Council of Florence not the final list since it was a general Council? As a side note, I never knew that Luther held himself in such a high light, scoffing at Saints Jerome, Chrysostom and Basil. At what lengths will these people go to defend such arrogant, pompous and heretical characters? it seems that no matter what you present to these guys at Beggars All and White's website they will always find a way to dismiss God and and His Church. Anyways, sorry for the rant. Thanks for your work, and I look forward to your future commentaries. Keep them coming. Yours in Christ..


Matthew, I gave up on James White a long time ago. Only God could change a hard head like him. I don't say that in a derogatory manner, since James White has many good qualities. I only say it as I would say of Saul of Taursus before Jesus himself had to knock him off his horse and convert him to Paul the Apostle. As for the canon, infallibility is a tricky thing. I agree with our Protestant opponents -- the Church should be more clear when something is infallible and when it is not, and they should give us a list of what is infallible. This would clear up a lot of confusion. As regards infallibility, it is true that only at the council of Trent did the canon finally become infallible and irreformable, and that is because Trent made it crystal clear it was doing so. The Council of Florence did not use the key words in its formulation that Trent finally used. Granted, Catholics during the time of Florence had to give their assent to what Florence decreed, but this did not mean, for sake of conscience, that a Catholic could not contest what Florence said about the canon. This is why even Cardinal Cajetan contested Florence's canon list. So yes, Luther could contest the canon prior to Trent and do so quite legitimately. But this would only force the Church to make the final decision, and it did so in 1563, after which Luther would have been bound to obey it. If not, he would have been excommunicated, just as he was in 1520. I'm glad you're enjoying the Romans commentary! Genesis 1-11 and 1 Corinthians are right around the corner. God be with you, James. 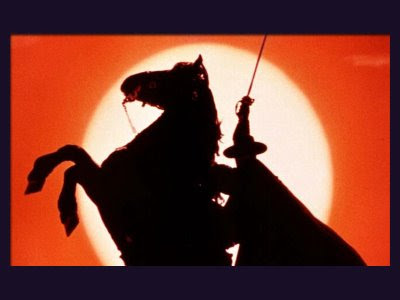 I really enjoy the delicious irony of Catholic Apologists appealing to each other for clarification on infallible pronouncements.

How is Robert Sungensis in any way qualified to answer for the Magesterium?

Where is that darned certainty when you really need it?

When the Magisterium just won't do (or won't answer your questions b/c they don't want to stick their necks out)...Sungenize!

Where have I ever referred to myself as the "Champion?" Or is that the name you came up with to mock me? The website is Catholic Champion. Not my name. I find it amusing that you have conjured up such a fantastic self delusional victory for yourself. Enjoy it.

If you are as smart as you claim James then I would expect that you can see that my email on my website is James Bellisario. Robert could tell. My middle name is James, Forrest, and that is what my email says. This causes me to question your reading skills. Now I am supposed to believe that you can figure out the Biblical Canon? Please.

You and James White sure do seem to have a common problem...you both regularly fly off the handle without doing adequate simple research first (several examples of this come to mind, which coincidentally Matthew has done some unanswered videos on). Matthew has even posted here before using his middle name. If you could see me, right now I am shaking my head in disbelief.

Besides, what is the problem with Matthew asking other people what their opinions are? Let me guess, this is one of your forms of anathema...that is, if a Catholic asks another Catholic their opinion, let him be anathema. However, children will be children, and your post certainly is childish.

I didn't sift through the Champion blog to learn a middle name, and quite frankly, if Robert Sungenis is calling Matthew by his middle name, well, that's odd as well.

But hey, I realize Robert's answer must've really stung, so...you got me James, or Matthew, or whichever you wish to be called- you refuted my question as to why Robert used the name "James." I sit here with my head bowed in embarrassment and humilty.

I think it should be, "Sungenisize," but that's my personal opinion, not offical Catholic apologetic teaching, so I have the freedom still to disagree until the term has been solidified.

Besides, what is the problem with Matthew asking other people what their opinions are?

The "problem" was that Matthew argued with everyone in that combox and told us things like "It seems that you have a very limited grasp on how the Catholic Church works in regards to doctrine and dogma" and "You do not have a firm grasp on how the Church works with regard to infallible statements, doctrines and dogmas" and "You have no idea how the Catholic Church defines doctrine or dogma otherwise you would not be making these statements you are making" and "So no, you are wrong, and I am teaching what the Church teaches" and "Well for Catholics there seems to be no confusion... It seems that you are the one who does not understand Catholicism or how the Church defines doctrine and dogma, and how infallibility works" and "It seems that no matter what any Catholic says, you will never concede to being wrong".

And after all that boldness (and with no documentation to back up his assertions), he goes off to ask Sungenis for clarification. So it isn't just that he was wrong, but that he was so adamant that he was right.