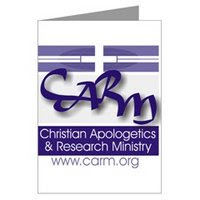 Yes, I know- the typical charge is Luther "added" the word "alone" to Romans 3:28. But, I recently came across the opposite charge (via a CARM discussion) that Luther did add the word alone, but then retracted it in the "second edition." Typically, these are not isolated myths, but have a life of their own, popping up from time to time. I thought it best to provide a brief summary.

When I first saw the comment that Luther had taken "alone" out of Romans 3:28, I had a genuine curiosity. I actually entertained the possibility that I had overlooked such a striking fact of a subsequent removal from Romans 3:28. I've come across strange factoids over the years- perhaps this would be one of them.

Luther began translating the New Testament in 1521, and released a finished version in 1522. He published sections of the Old Testament as he finished them. He (and his "team") finished the entire Bible by 1534. During these years, various incomplete editions were released. Even after Luther finished his translation, he never ceased revising it. Phillip Schaff has pointed out, “He never ceased to amend his translation. Besides correcting errors, he improved the uncouth and confused orthography, fixed the inflections, purged the vocabulary of obscure and ignoble words, and made the whole more symmetrical and melodious. He prepared five original editions, or recensions, of his whole Bible, the last in 1545, a year before his death. This is the proper basis of all critical editions.”

"alleine durch den Glauben" translates "through faith alone" [Lutherbibel 1545 Original-Textübersetzt von Dr. Martin Luther aus dem Textus Receptus]. Of course this doesn't rule out the possibility that one of the earlier completed Bibles had "alone" removed and then put back in at a later point, thus resting comfortably in the finished 1545 edition. But if this were true, I find it very hard to believe Luther-detractors never seized this fact in their continual attempts to indict Luther. I've read an ample amount of anti-Luther texts, and don't recall this tidbit. If it were true, I would've expected it front and center in many anti-Luther writings: outlining Luther's fickleness and depraved sinful desire that finally overtook him by 1545 to return the dreaded word 'alone" to Romans 3:28. Well, I do have Roman Catholic readers that research Luther, so perhaps I've given them a new "fact" to exploit- but I doubt they will find such a fact!

I am familiar with some of the revisions to Luther's New Testament. Willem Jan Kooiman has explained Luther did do a revision of the New Testament in 1527 (is this the mysterious "second edition"?), and in somewhat awkward wording stated,

"The only important question is whether Paul really meant that man is justified through faith alone. If that is established then, in view of the natural craving of man to justify himself through his good works, the meaning of Paul cannot be expressed with too much clarity and pointedness. That is why Luther here inserted the word 'only.' He did the same in Rom. 3:26, 'That he (God) only be righteous.' So also he points up the expression 'out of works' in Rom. 9:11 and 32, and 11:6 and translated, 'out of the merit of works.' However, he omitted this addition in his revision of 1527" [Luther and the Bible (Philadelphia: Muhlenberg Press, 1961), p. 109].

I admit that I read this paragraph over quite a few times. If I'm reading it correctly, the revisions/deletions Kooiman is referring to is 'out of the merit of works,' and Kooiman didn't mention Romans 3:28, but rather 3:26 (the discussion of 3:28 occurs a page earlier). Also, an important fact to note is his Open Letter on Translating written in 1530 is the specific text in which Luther defends his translation of Romans 3:28. I find it quite ridiculous to think Luther removed "alone" in 1527, and then defended it in 1530.

As to the actual discussion, I had a lot of rhetoric thrown at me. For time constraints and not wishing to venture down rabbit trails, I stuck to this one issue. At one point I was charged with blasphemy for doing historical work on the Reformation. It was suggest that my citation of Roman Catholic writer Joseph Fitzmyer was a fabrication. And of course, Luther was vilified as a man with psychological problems and blasphemy (the usual stuff). As is typical with most of these types of cyber-dialogues, I end up doing the bulk (if not all) of the historical work and research. I strongly doubt that the person making this claim about Luther has been looking for any proof to document the assertion. Well if he has been searching, I have a feeling it would be similar to looking to see if Santa renamed one of his elves- that is- you can't find factual proof for something that isn't real. Well, I have to assume most people that followed the discussion, both Protestant and Catholic, could see beyond such silliness and desire truth and facts, no matter where they lead.
Posted by James Swan at 12:10 AM