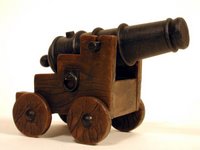 This will be part two in my response to a Roman Catholic named “Catholic Dude” who reviewed my paper *Luther’s View of the Canon of Scripture*. The first response can be found here: Luther's Canon: A Response To "Catholic Dude" (Part one). The focus of this response will be directed toward this link from the Catholic Answers discussion boards: "Re: Protestants: Here is what Luther did to some NT books you use... ." Catholic Dude’s words will be in Red. The words from my article will be in blue. My responses will be in black.


1. Am I trying to “throw people off the trail?”
Catholic Dude says that by noting the positive statements of Luther toward the book of James, I’m creating a diversion: “to throw people off the trail he thows[sic.] in some words of praise to James.” After quoting the section from my paper on James and Luther’s actual opinion of the book, the Dude again notes: “Here is the main theme again in another mask. Pretending to accept the book, while admitting he detests the book. And again Sola Scriptura is emerging.”

No, I’m not attempting to “throw people off the trail.” Rather, I’m attempting to look at all the facts that surround Luther’s opinion on the book of James. The historical facts show that Luther indeed did still value James- he positively quoted from it, and also preached from it. In his own preface to James he says, “I praise it and consider it a good book, because it sets up no doctrines of men but vigorously promulgates the law of God.” Neither Luther nor myself have hidden his feelings towards James. If you consult the 55-volume set of Luther’s works (English edition), you will find that Luther did indeed find value in James. He cited and used the book throughout his career.

Catholic Dude says, “We have seen from other quotes how Luther feels about James.” Quotes were given by Catholic Dude in which Luther spoke negatively about the canonicity of James. What Catholic Dude is saying in essence is thus: “Luther said bad things about the book of James. These are the only quotes of importance. I don’t care about understanding Luther’s complete view of this book. I only accept the evidence that supports my conclusions.” Obviously, this shows a dedication to a theological worldview that refuses to see the facts of history in their context.

2. Luther’s alleged “agenda”: sola fide.
After quoting my citation of the Lutheran scholar Paul Althaus, Catholic Dude finally reveals his understanding of Luther’s “agenda”. Remember Catholic Dude began his evaluation of my paper stating that an “agenda” drove Luther’s position on the canon. Now an “agenda” in its simplest understanding is a list of things to do. The Dude doesn’t mean this. He’s using the word in a negative sense that Luther had an underlying bias that motivated his work on the canon:

“Here is the first hints of Luther's agenda, FAITH ALONE. And later the agenda of Sola Scriptura. The outrageous claim comes at the end when the author claims that scripture actually turns on itself if we don’t believe as Luther wants. The truth is the only time scripture attacks/contradicts itself is when an agenda like this is pushed upon it.”

Now, recall in part one of this review I mentioned my paper in some ways argues Luther’s perspectives on the canon from a Catholic point of view. Let’s do the same here. Since the canon was not dogmatically set in “Catholic stone” at the time of Luther’s opinion, Luther, following an appeal to tradition and the historical information available to him, questioned the canonicity of particular books. In the same way, the doctrine of justification was also not, at the time of Luther’s writing, dogmatically defined in the Roman Catholic sense. In other words, Luther had freedom to hold the view on justification that he did within a Roman Catholic framework. He applied his understanding of sola fide to the entirety of the canon. There was no prohibition in Catholic theology to stop him from doing this. Hence, what the Dude sees negatively as an “agenda” is another example of his dedication to a theological worldview that refuses to see the facts of history in their context.

But what of Luther’s interpretive paradigm? First I would point out, the evidence of Luther’s rejection of James must also include his opinion that the book was not of apostolic origin. Any attempt to make Luther’s sole purpose in rejecting James that of “sola fide” would distort his view. The tradition of the church understood that only those books of apostolic origin were to be included in the New Testament canon. Luther is acutely aware of this. That there was some doubt about the apostolic nature of James during Luther’s day was covered in my paper.

Second, those books of apostolic origin preached the “Gospel.” I can only speculate that Catholic Dude would agree with me that if a book teaches opposite to the Gospel, it probably is not of apostolic origin. Luther had a particular understanding of the Gospel- that is: his exegesis of Paul in Romans clearly uncovered the doctrine of sola fide, which the church had buried. I, along with Luther and the majority of Protestant orthodoxy look at Luther’s understanding of the book of Romans and his exegesis of chapters three and four and find it to be sound- not because I want it so, but simply by the use of grammar and reason. It isn’t seeing Luther as an infallible interpreter- it’s simply looking at the clear teaching of Paul:

“For we maintain that a man is justified by faith apart from observing the law.” (Romans 3:28)

“However to the man who does not work but trusts God who justifies the wicked, his faith is credited as righteousness.” (Romans 4:5)

But Luther came to the book of James, a book he knew had an uncertain canonicity. As he read it, and applied Paul’s understanding of justification, he was mistaken in his reading of James and saw a contradiction:

“In the first place it is flatly against St. Paul and all the rest of Scripture in ascribing justification to works [2:24]. It says that Abraham was justified by his works when he offered his son Isaac [2:21]; though in Romans 4[:2–22] St. Paul teaches to the contrary that Abraham was justified apart from works, by his faith alone, before he had offered his son, and proves it by Moses in Genesis 15[:6]. Now although this epistle might be helped and an interpretation﻿﻿ devised for this justification by works, it cannot be defended in its application to works [Jas. 2:23] of Moses’ statement in Genesis 15[:6]. For Moses is speaking here only of Abraham’s faith, and not of his works, as St. Paul demonstrates in Romans 4. This fault, therefore, proves that this epistle is not the work of any apostle.”

The problem with Luther’s view on James is fundamentally that Luther was mistaken in his exegesis of James. The irony of course, is that Catholic Dude would probably argue the opposite: Luther is correct on his exegesis of James, and mistaken in his exegesis of Paul and Romans. Who decides which exegesis is correct? I submit careful study of the Biblical text is the determining factor, not a pope or council that simply declares what the meaning is. Words have meaning. They are not given a different meaning hundreds of years later by pope or council.

I’m persuaded that had someone been able to convince Luther of apostolic authorship of James, he would have been forced to look more carefully at the text. Luther was aware of the common protestant harmonization of Paul and James, and even at times offered it himself:

“This is what St. James means when his says in his Epistle, 2:26: ‘Faith without works is dead.’ That is, as the works do not follow, it is a sure sign that there is no faith there; but only an empty thought and dream, which they falsely call faith.” (Sermons of Martin Luther 2:2:308)

Why Luther wasn’t persuaded by this exegesis he applied to James from time to time is a mystery to me. I can only speculate that Roman Catholic theologians clung heavily to using James to refute Luther- thus his was an over reaction to the book.

Really, Luther’s “agenda” was nothing more than looking for the Gospel and apostolic origin in the New Testament books. Fundamentally, I assume Catholic Dude would agree that this “agenda” is correct. Where we would differ is the content of the word “Gospel.” I, along with Luther, Calvin, and the Reformers see sola fide clearly a beautiful truth- a Gospel truth.
Posted by James Swan at 4:20 PM