Did a pre-Reformation German bible include "faith alone" (allein durch den glauben) in its translation of Romans 3:28? Commenting on Romans 3:28, Charles Hodge stated:


That a man is justified by faith. If by faith, it is not of works; and if not of works, there can be no room for boasting, for boasting is the assertion of personal merit. From the nature of the case, if justification is by faith, it must be by faith alone. Luther's version, therefore, allein durch den glauben, is fully justified by the context. The Romanists, indeed, made a great outcry against that version as a gross perversion of Scripture, although Catholic translators before the time of Luther had given the same translation. So in the Nuremberg Bible, 1483, "Nur durch den glauben." And the Italian Bibles of Geneva, 1476, and of Venice, 1538, per sola fede. The Fathers also often use the expression, "man is justified by faith alone;" so that Erasmus, De Ratione Concionandi, Lib. III., says, "Vox sola, tot clamoribus lapidata hoc saeculo in Luthero, reverenter in Patribus auditur." See Koppe and Tholuck on this verse.

It appears particularly the 1483 Nuremberg Bible fact is misinformation. Give credit where it's due, one of Rome's defenders, William Albrecht, tracked down an online version of the Nuremberg Bible and makes a strong case that the Nuremberg Bible of 1483 does not translate Romans 3:28 in such a way.  Here is a look at Romans 3 from an online scan of a copy of this Bible: 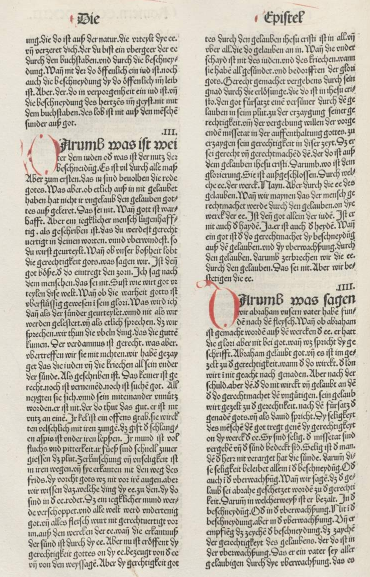 What appears to have happened is that "nur durch glauben" is in the Nuremburg Bible, but found in its translations of Galatians 2:16 (not Romans 3:28): 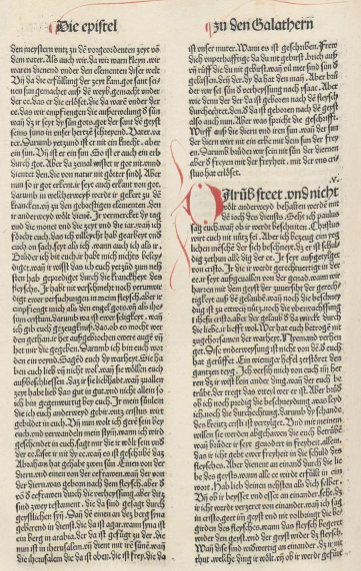 Hodge says to "See Koppe and Tholuck on this verse." I was able to track down Tholuck, and he mentions Galatians 2:16 as well.

Conclusion
Truncated versions of Hodge's information has traveled far across cyberspace, even finding its way into print by well-respected authors (for instance, R.C. Sproul utilized a version of it in his book, Faith Alone: The Evangelical Doctrine of Justification). In one of my earliest posts here on this blog, I also utilized some of what Hodge stated:


Even some Catholic versions of the New Testament also translated Romans 3:28 as did Luther. The Nuremberg Bible (1483), “nur durch den glauben” and the Italian Bibles of Geneva (1476) and of Venice (1538) say  "per sola fede."

At this point, I do not recall what source I used. It was not original to my 2006 entry, but was added in some time between 2009- 2010 (along with a copyist error). I don't recall if I picked up this tidbit directly from Hodge, Sproul, or some other source (I suspect I used Sproul).  At the time of posting the information, I had not checked the accuracy of the facts, nor do I recall attempting to locate a 1483 Nuremburg Bible (and I suspect I would not have easily been able to locate this Bible at the time!). It's an instance in which I relied on a secondary source without checking the accuracy of the facts. I mention this admission of error and correction in order to be consistent with my overall approach taken on this blog.

Addendum
This of course calls into question "the Italian Bibles of Geneva (1476) and of Venice (1538)." Time does not allow me at the moment to dig into the accuracy of these facts, but they're on my radar. For transparency's sake, I have not checked all the uses of "faith alone" that Roman Catholic scholar Joseph Fitzmyer mentions, which I include in that same old blog entry.
Posted by James Swan at 1:45 PM

Anonymous: Thanks for reference, will add it to my "to do" list.