Mantra: Read The Article In The Catholic Encyclopedia 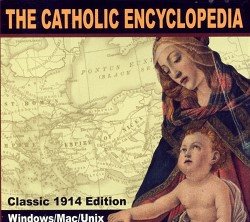 It’s material on Martin Luther and the Reformation is severely flawed, as I detailed in my paper on Roman Catholic approaches to Luther. The writer of the Luther entry was George Ganns (1855-1912). He relied on heavily biased sources when he compiled his entry on Luther. When a new version of the Catholic Encyclopedia was published in 1967, Ganns’s entry was not used, nor cited, nor were the sources he utilized. The new entry actually corrected some of the mis-information put forth by Ganns.

While the general Catholic apologetics community is disowning the work of Robert Sungenis these days (remember when he was loved and adored?), Robert recently commented on the Catholic Encyclopedia in his Q & A section:

"Dear Robert, May I ask you to reply to this question I have? The 1913 Catholic Encyclopedia + other sources tend to believe that the biblical deluge was only local, not universal, that both biblical and scientific research point to this conclusion. Are there any MAGISTERIAL pronouncements on the scope of deluge? What can be said in defense of the universality of the flood?"

Sungenis: Michael, the article on Noah’s flood in the 1913 Catholic Encyclopedia is one of the most biased and inept scholarly treatises I have seen in quite a while. The author, A. J. Maas, tries his best to convince the reader that the flood was local not universal, but he utterly fails in this task. The fact that Maas uses the hermeneutic of the Protestant scholar Julius Wellhausen and his infamous JEPD theory shows his liberal bent, since JEPD is an unproven biblical hypothesis, and one that has strong evidence against it (besides the fact that it denies biblical inerrancy). Maas makes the claim that:

“Neither Sacred Scripture nor universal ecclesiastical tradition, nor again scientific considerations render it advisable to adhere to the opinion that the Flood covered the whole surface of the earth.”

Well, this is quite an assertion but none of it is provable, or even likely. Regarding Sacred Scripture, the account in Genesis 7-9 reads like a newspaper, telling us painstaking details of the Flood, which Maas himself admits was “written by an eye-witness.” In fact, except for genealogical records, I don’t know of anything in Scripture that is more detailed than the Flood account. Accordingly, nothing in the Genesis account says it was a local flood, and we have distinct indications that it had to be universal, since the text specifies that the highest mountain was covered by 23 feet of water (Genesis 7:19).

Now, I haven’t checked Sungenis’s claim that A.J. Mass was putting forth his view based on the JEDP theory, but, given the timeframe when the article was written, it is very likely Sungenis is correct. If anyone else has any other examples of error in Catholic Encyclopedia, i'd be interested in hearing about it.
Posted by James Swan at 6:08 AM

Hi James, see what you think of this claim about Cyprian. I looked it up after reading Bill Webster's Matt. 16:18.

Protestant controversialists have attributed to St. Cyprian the absurd argument that Christ said to Peter what He really meant for all, in order to give a type or picture of unity. What St. Cyprian really says is simply this, that Christ, using the metaphor of an edifice, founds His Church on a single foundation which shall manifest and ensure its unity. And as Peter is the foundation, binding the whole Church together, so in each diocese is the bishop. With this one argument Cyprian claims to cut at the root of all heresies and schisms. It has been a mistake to...